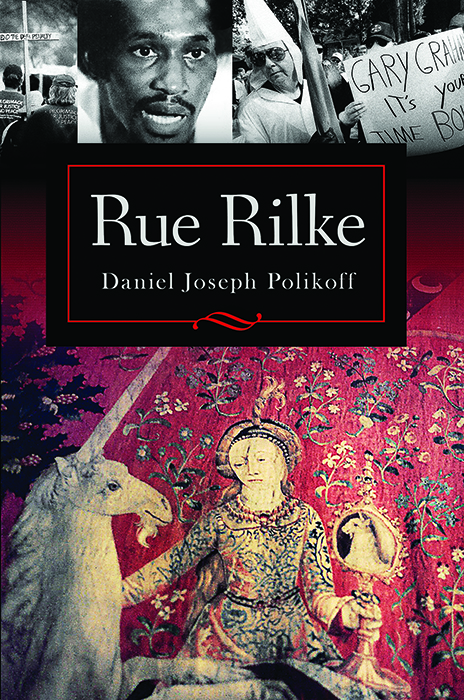 Travelogue, literary autobiography, and journalistic expose of the mores of capital punishment, “Rue Rilke” chronicles its author’s initiatory Rilke pilgrimage to France and Switzerland and upon his return to America his up-close involvement in death penalty politics. Immersed in the legal and human drama unfolding in Houston in the days leading up to an impending execution, the intimate linkage of love and death learned from Rilke aid him in his efforts to confront his country’s sanction of lethal violence and make spiritual sense of his torn, too often black-and-white world.

“Poetry matters and this book shows us why. The astonishing range of Rue Rilke– a travel diary, a meditation on Rilke, and a gripping account of efforts to oppose an unjust judicial execution– reveals the essence of what James Hillman calls soul-making. Poet, essayist, and passionate abolitionist, Daniel Polikoff gives us a book dedicated to the fiery poetry of life itself.”
—SUSAN ROWLAND, author of “Jung as a Writer” and “The Ecocritical Psyche”
“In his stunning early book “Rue Rilke,” Daniel Joseph Polikoff offers us an impassioned and stylistically brilliant travelogue. With Rilke as his Virgil, he descends in quest of the feminine values he must labor to integrate into contemporary life. Never before has Rilke’s mythic identification with the prodigal son been so personally authenticated, taken up with such imaginative immersion and inquisitive grace. A remarkable achievement.”
—BRUCE BOND, University of North Texas, author of “Immanent Distance”

Rue Rilke is available through Chironpublications.com and Amazon